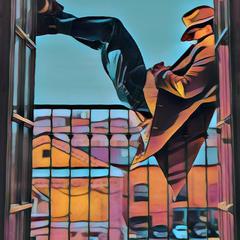 Samson graduated from Chinese Culture University with a M.A. in English literature, a teaching certificate and some credits from the business school there. He graduated with honors, but he cannot be categorized as a bookworm with a rich life in extracurricular activities like clubs and voluntary works.

Unlike many who have smooth career shifts, Samson has run the gamut to find his career orientation. His experience has included work for regular businesses, schools and government departments. Samson keeps learning at his leisure during his forays into different jobs, and extensive career orientation tests reveals that he likes to learn and innovate at work, as well as selling ideas to people. Hence, he is the best at speaking in front of people, but he also tries very hard to include everyone’s opinions in his decisions and plans.