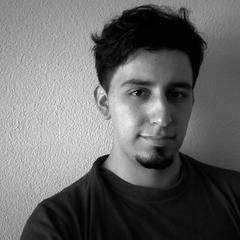 A composer, electronic music producer & audiovisual explorer, Darien began his violin studies in the Franz Liszt Conservatory of Music and graduated in 2010, awarded by the institution with the “Franz Liszt prize for academic excellence” and later with the “Cultural Scholarship” by the Ecuadorian Ministry of Culture. He has played in numerous recitals with ensembles and as a soloist and has obtained national violin prizes. As a composer he has written works for many different ensembles, from solo pieces to chamber music, electronic music and orchestral works, and has premiered around the world. He has attended workshops and lectures with renowed musicians such as Butch Morris, Pierre Boulez, Steve Reich, Kaia Saaraiaho, Francisco López, Joel Ryan, Barry Truax, Richard Barret, Douglas Kahn and Christian Wolff, collaborated and worked with artists & ensembles like Gerard Bouwhuis (Nederlands), Slaagwerk Den Haag (Nederlands), the “Curious Chamber Players” (Sweden), Decibel (Australia), Guy Weisman (Nederlands) and participated in events such as the Druskomanija Festival, Gaudeamus Musiekweek, ICMC2013, New York City Electroacoustic Music Festival, Fiber Festival, Next_Generation_6.0 Festival, among others. He holds a BA in Composition from the Royal Conservatory of The Hague and he is currently following a MA in Sonology at the same institution. His research focuses in the development of an environment for algorithmic composition and sound design based on networks and generatives systems written in the SuperCollider programming language.