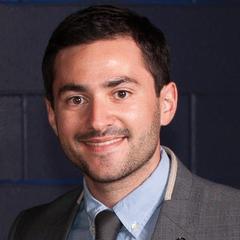 Born and raised in Paris, Hugo is a graduate student in mechanical engineering at the University of California, Berkeley. In the past, he interned at the Massachusetts Institute of Technology (MIT) and Airbus Defence & Space. He enjoys running and scuba-diving, but you might find him wandering in the corridors of the Louvre Museum when he travels back to France.

At age 19, Hugo flew in Zero-G as a test subject in a parabolic flight for the French Space Agency (CNES), which was a life-changing experience for him and definitely settled his passion for aeronautics and exploration.

Hugo recently graduated from the Space Studies Program 2014 of the International Space University (ISU) in Montréal, Canada, where he participated in a team project on Open Innovation in the space sector.

Hugo has been a volunteer translator and language coordinator for TED since 2010.